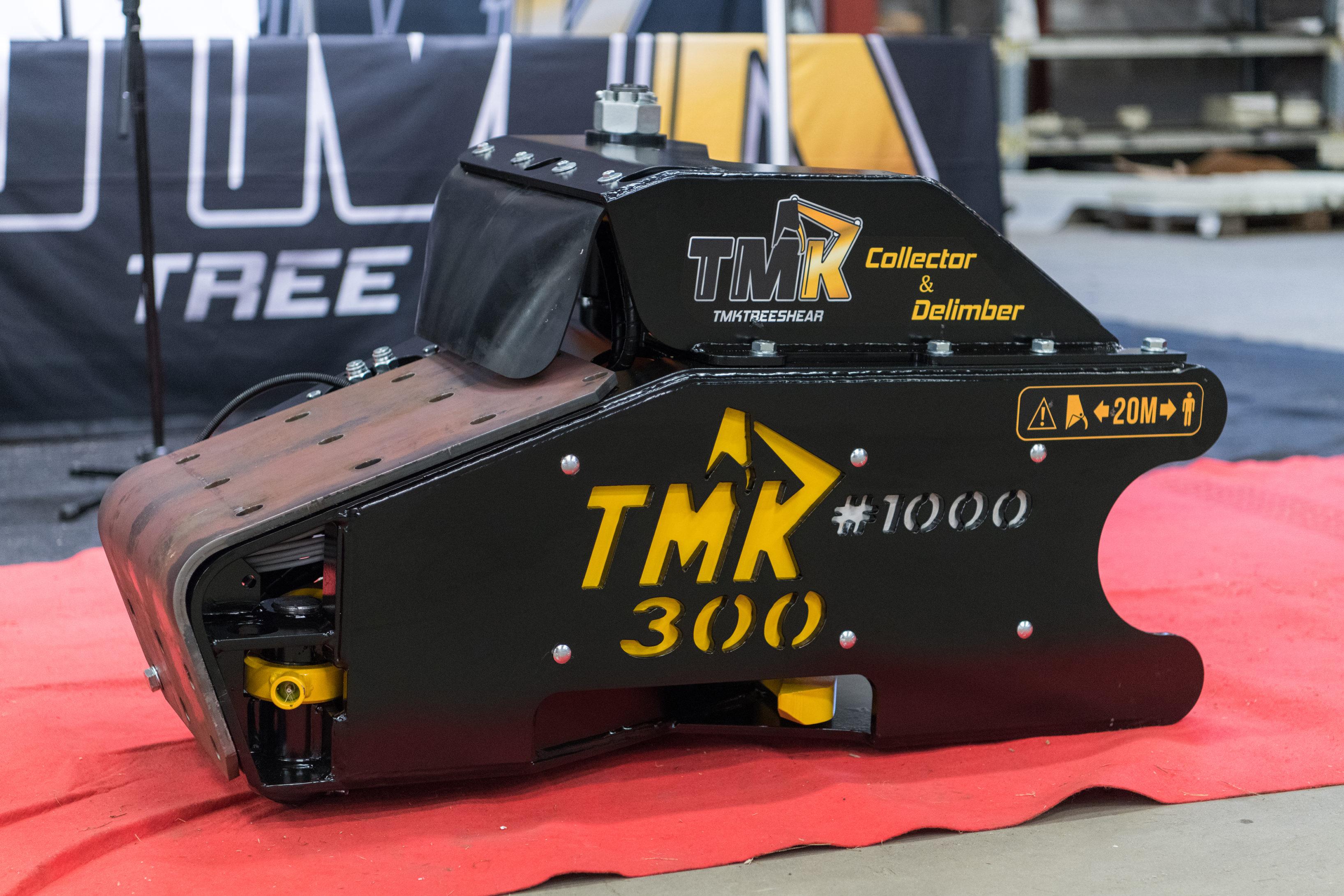 The 1000th TMK 300 Shear got officially handed over to our Netherlands dealer Mark Roest from Bomenrooierij Roest in our factory Multimek Oy in Multia, Finland.

We also wanted to recognize Pekka Lamminaho From Multimek Oy with “The most advanced worker in 2017” award, for his hard work in the factory!

Every worker in the factory was invited to celebrate this milestone along with invited quests. After the ceremony we moved outside to see the final demo of the Finlands demo tour, where everyone who was interested got to see our TMK 300 shear in the real world conditions.

Big thanks to everyone who came to celebrate with us on!

Here is more photos from the ceremony: